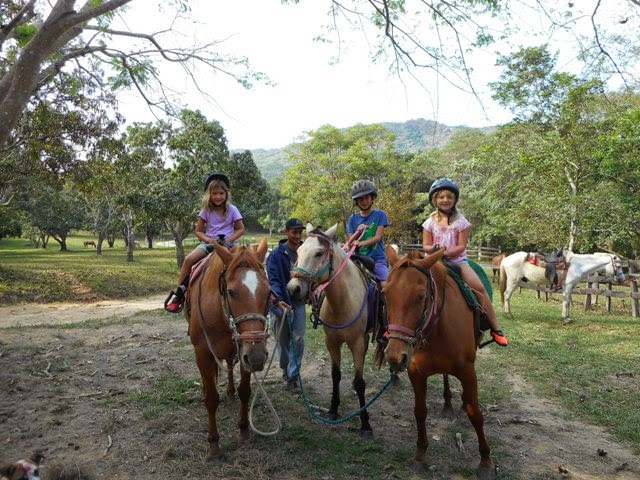 The owner of a bike shop in the Marina pedaled along the sidewalk next to the water with his chocolate, red-collared Lab running alongside him.  The dog saw something and ran down the rocky embankment to take a look.  Seconds later,  a very large crocodile seized the Lab in its jaws.   Completely submerged,  the crocodile, propelled by a slow wag of its tail, swam slowly around the yachts and sailboats with the motionless Labrador for approximately two hours.  Astonished and horrified onlookers watched,  while a woman wept and a tourist from New Zealand filmed this startlingly sad event that took place last it.  It was later posted later on the internet.

Crocodiles are protected here, where there are beautiful jungles, mangroves,  and seven rivers flowing into the forty-mile horseshoe-shaped Bay of Banderas.   The crocodile visiting the marina may have been relocated to Boca de Jitomates, not far from the Puerto Vallarta airport, and where it is risky to get too close to the river there.

At Rancho Primavera in el Tuito, an hour south of central Vallarta, my family and I rode four of the nineteen horses that roam free on the beautiful two-hundred acre property.

In the morning after an overnight at the lake house that is for rent, we visited the hen house,  where rabbits also live.   Kiwi, the New Zealand rabbit and the tamest one of the small group, had died.

He had been alive the evening before, so he either succumbed to a disease or a scorpion bite.  In a corner where a pregnant grey and white female rabbit had made a downy nest with the fur from her breast, were eleven tiny pink babies that hadn´t been there the day before.  My young grandchildren remarked on how wonderful it was that after a death there were births.  (The attached photo is one of another bunny nest at Rancho Primavera).

Colonia Independencia, to the east of Costco, was the closest location Paulina could find to the area of backyard Pit Bull breeders.  There is a new law in place requiring breeders to pay a fee to the city for breeding dogs.  Thirteen were brought in.  Pretty Amber Kostesky, a student from Canada, volunteered twice and was there when there was a small drama.  A spotted cat almost died while anesthetized because it had apparently been hit by a car and its lungs weren´t working properly.  The cat survived.  Amber, who plans to be a vet, will be back in December to do a month of volunteer work here.

TOTAL:  104 cats and dogs sterilized.  Thirteen of the dogs were Pit Bulls or Pit Bull mixes.
I pregnant cat with 4 kittens was aborted.

$5,000 USD – A grant award to PEACEAnimals by the Marchig Animal Welfare Trust, which is headquartered in Scotland.  At a cost to us of approximately $1,800 USD per surgery week, the grant money will pay for the sterilization of up to as many  300 cats and dogs.

“The Marchig Animal Welfare Trust was established in 1989 by the late Madame Jeanne Marchig of Geneva, because of her deep concern for nature and animals and in memory of her husband, the painter Giannino Marchig. The objects of the Trust are to protect animals and to promote and encourage practical work in preventing animal cruelty and the relief of animal suffering.”

The mission of PEACEAnimals is to prevent the future suffering of animals.  Much of the suffering one sees here in Mexico can be eliminated by preventing births of cats and dogs through a mass sterilization program.
PEACEAnimals sterilizes approximately 4,000 cats and dogs every year in the area of the Bay of Banderas (Puerto Vallarta).

Please consider making a donation to our free clinic program.  Information on how to donate can be found on our website – www.peaceanimals.org   PEACEAnimals has 501 (c) (3) and operates under the Rule of Complete Transparency.

The female Dobie that Ruth Hazlewood rescued on the highway in Bucerias is now staying with parents of a friend.  The gentle dog has been given the name of “Kahlua,” is recovering well and even putting some weight on her leg with the old break.  If you can give a loving home to a great senior citizen dog, please contact Ruth:   [email protected]

Two young girls who live close to where Soraya of Puro Gato works, brought her two small week-old kittens they had found on the sidewalk.  Homeless cats often have to resort to giving birth on rooftops and neighbors dispose of them in different ways.  Soraya took one kitten to a friend´s home who had rescued a mama cat and five kittens and the other to Shannon, who had rescued another mama and four kittens from the isla Cuale.

Both mamas rolled over on their backs to make room for the little strangers.  If no home is found for the cat Shannon is fostering, it will have to be returned to the island after being neutered.  If interested in adopting any of these felines, please contact Puro Gato via FB or [email protected]

ADOPTED:  Soraya of Puro Gato found homes for four four-month old kittens from the isla Cuale on Easter Sunday.  She was hesitant to delay the adoption effort for another week, as that age is at the cusp when kittens become less appealing to people who want a kitten versus a cat.

DIRECTORY OF RESCUED ANIMALS created by Mateo Jorge – for a three-minute tutorial: https://www.youtube.com/watch?v=wfJvn1wTkWs
http://gooddog.pw/my-account/
NEW DESIGNATED LINE WITH ADDRESS AND DIRECTIONS FOR WEEKLY CLINIC (SPANISH ONLY)   (322) 113 3955
HOMES NEEDED:  For the thousands of dogs and cats on the streets here, for hundreds of cats and dogs in refuges and in foster homes,  and for dozens of healthy and beautiful dogs and cats at the Centro de Acopio, the city´s pound.
Please check our website on the “resource” tab for names and contacts of refuges, vets, etc.

Dogs at the Centro de Acopio are only walked twice a week by volunteers organized by Friends of Puerto Vallarta Animals.

RIDES FOR RESCUE DOGS NEEDED for Edmonton, Calgary and Vancouver.  All expenses for dogs paid for.  Please contact MEXPUP or NOBARS –  [email protected]; [email protected]
GREATERGOOD – PLEASE CLICK!  Your daily clicks or direct donations help animals, people and the planet.  www.greatergood.org; www.greatergood.com
To donate to PEACEAnimals clinics, please click on this link.  http://bit.ly/1cWY0lP
SMILEAMAZON– When ordering on Amazon, if you click on the following link you can designate PEACEAnimals as a recipient of Amazon´s donation of  0.5% of some of your purchases.  http://smile.amazon.com/ch/20-3726038
SCHEDULE/HORARIO
APRIL:
15-18  Col. López Mateos: Rio Grande 408 – near the corner of Rio Lerma

From Libramiento turn inland at Rio de la Plata (same street of the pedestrian bridge and the Red Cross).

Drive down a couple of blocks until the end and turn right.
At the first block turn left and you´ll find us almost at the corner.

Ubicar la Cruz Roja y cruzar el Libramiento dejando atrás el hospital. Avanzar dos cuadras y donde cierra la calle dar vuelta a la derecha. En la próxima esquina nos va a encontrar.
22-25 –  La Peñita/Guayabitos, Nayarit – Pets for Life Clinic
29-2 May –  San Vicente, Nayarit: En la cancha, a un costado de la Plaza Principal, entrada por la rosticería.
On the Hwy 200, turn inland at Mezcales. Take that 4 lane road until the next village (that is San Vicente). Upon entry, you will soon find the main plaza and the clinic will be held in the sportfield next to it. The field has tall walls, but the entrance is by the chicken rotisserie at the square.
NOTE:  PEACEAnimals, per our agreement with independent contractors, Pets for Life, is obliged to pay extra for driving time and gasoline for areas outside Puerto Vallarta.  In the case of San Vicente, Nayarit, locals raised the extra funds required.
Clinic schedule, including directions and other clinic information are always on website:  www.peaceanimals.org and on this blog:  www.gretchen-peace-and-pv.blogspot.com
LUNCH DONATIONS NEEDED FOR VET TEAM:  PEACEAnimals has a budget of 70 pesos per vet team (three persons) per day for 4 days a week for lunches.
Please consider bringing lunches for our vet team to the clinics. If you can do this, please let me know so we can create a lunch schedule. By having lunches donated, these savings can used for purchases of supplies and medicines.

If directions needed, please call clinic director, Paulina Stettner:  044-322-779-3585 or our new dedicated line.  Directions are only in Spanish.
COST FOR ONE SURGERY WEEK CLINIC IS APPROXIMATELY  $1,800 USD.
PLEASE CONSIDER MAKING A DONATION VIA CHECK, CREDIT CARD, PAYPAL, BEQUEST OR STOCK TRANSFER.  Note:  Stocks are transferred at full value without the donating stock owner being taxed.   Name of recipient of donations  for all donations is simply “PEACE.”
THANK YOU TO OUR SPONSORS: