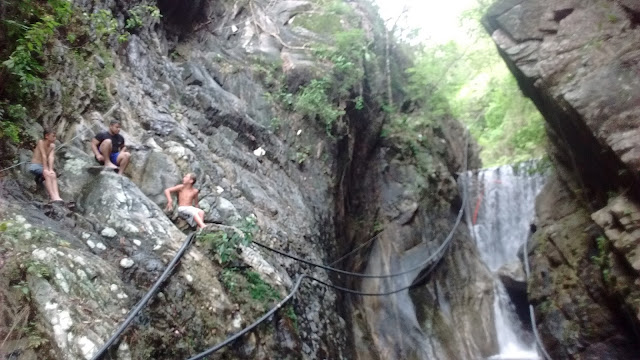 Mostly it rains at night, but early on Saturday afternoon, my family and I got caught in an enormous downpour at the big, beautiful Palo María waterfall. It cut short the time for jumping off dark grey granite cliffs into the deep, cool pool where fish swim.
The 30-45 minute climb to the waterfall is on an appearing and disappearing trail, clambering over rocks and boulders and stopping to swim in a natural pool in the middle of the jungle before arriving at a perfectly beautiful place for a swim.  Bold locals scale the cliff to the first large cascade and jump into the water far below.

On Tuesday, Hurricane Dora was downgraded to a tropical storm for Puerto Vallarta.  The night was a drenching rain, sizzles and slices of bright lightning and rolls and booming thumps of thunder almost directly over our heads in centro.  Dazzling beauty!

MISCELLANEOUS ANIMAL NEWS: In June,  Mexico made it illegal to raise and train dogs for fighting. Owning, transporting, purchasing or selling a dog or dogs for fighting,  plus organizing, staging, promoting or sponsoring dog fight events,  is also illegal.  Breaking the new law can mean up to five years in jail, with fines ranging from 15,098 to 150,980 pesos (approximately $830 to $8,300 USD).  Although this animal protection law is a good one and is greatly needed, enforcement will be difficult.

I answered the door bell this week to find an attractive, young Mexican man wearing fashionably torn levis and holding a large cardboard box with the top closed.   Accustomed to the occasional visit of someone with a litter of kittens, I asked if it was a “present” for me.  The man didn´t answer, but opened up the box.  Inside was a blinking, reddish- brown baby squirrel that he had just seen fall from a branch. My husband was out with the car, so I asked the rescuer to take the squirrel to the closest vet clinic and I would pay the bill.  X-rays confirmed that unfortunately the little squirrel´s spine had been fractured, and it was euthanized.

Squirrels scamper nimbly across telephone wires in town, and I hear them chattering high up in trees in our garden where dogs and cats can´t catch them.  One can usually see or hear them on the isla cuale, where they are currently enjoying the summer mangos.

MOJONERAS:  A thirty.minute drive on highway 200 north to the Corona beer sign, turning inland and passing the large bus station where different lines leave for all parts of Mexico. The neighborhood can be a rough one at night, but during the day it is quiet and after the rains, wasn´t dusty this week.

After a year´s absence, we returned to the small “delegación,” where curious children gathered daily to watch surgeries.

When I was there on Saturday, four cats were brought in rusty bird cages – better cats in cages than birds.  A calico cat escaped from a wooden crate after clawing her red lipsticked-owner, who was able to retrieve her.  Four weeping women huddled next to a twelve-year old Dachsund with a bloody paw due to a malignant tumor.  At the owner´s request and Dr. Poli´s consultation that the suffering would get worse, the dog was euthanized.

Across the road, a smiling young girl in white posed in her fancy first communion dress and gloves.

DONATIONS AT CLINIC IN MOJONERAS:  710 PESOS 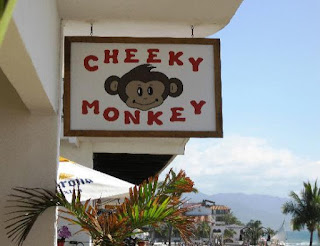 EDUCATION PROGRAM – None for this past week.  Leslie Caratachea was on vacation.
LAILA SOS FUND:  I did go back looking for Juanita´s Lab-mix friend in Paso Ancho, and found him lying on top of a pile of dirt in a vacant lot.  I took him to Dr. Tamayo´s, where he was bathed and tested for diseases.  He has ringworm, which produced a secondary skin infection, and was a strong positive for erlichia.  Untreated, erlichia ultimately kills most infected dogs.  Ninety percent of street dogs suffer from this disease, which can be transmitted by a single tick bite. Erlichia ultimately killed Laila.  Reduced charges from Dr. Tamayo for Negro:  1,580.15 pesos

Juanita – the brown Pit Bull-mix – recovering.  This lovely dog is very affectionate and smart.  The crust has fallen off her face and she is happy.  Juanita still not tested for erlichia as she is on meds for conjunctivitis and bacterial skin infection and cannot be on more meds for anything else now.  One does fall in love with these rescues and foster pets.  I would like to find a great home for Juanita.  She is even housebroken!    Reduced price from Dr. Tamayo for meds/treatments to date:  966 pesos

Rescued by Maritza Liney in Ixtapa – “Buddy,” a 7-year old street dog now in foster care – treated for fleas and ticks and vaccinated for distemper – 350 pesos.

ADOPTED!  “Negro” – by Laura Quiroz, whose black male Lab died of old age a few weeks ago.  Negro is a 1.5 year-old male Lab- mix and is a very smart, friendly dog. He´ll be beautiful after his skin clears up.

FOR PHOTOS/NAMES OF RESCUED DOGS THAT NEED HOMES, THE ACOPIO HAS A CURRENT ROSTER THAT  INCLUDES PHOTOS, NAMES DESCRIPTIONS.

VOLUNTEERING:  PLEASE CHECK OUR WEBSITE FOR INFORMATION:
http://www.peaceanimals.org/volunteer_1/volunteer_duties
RAISING FUNDS AND VISIBILITY:  Three hundred PEACEAnimals blue mesh shopping/beach bags with,extra-long straps are now available. The PEACeAnimals logo and website are on one side and the familiar mermaid on the other.  Bags are 200 pesos each and  can be purchased at:
Lucy´s CuCu Cabana -295 Basilio Badillo (AFTER OCTOBER 25TH)

July 16-18 – Vet team will be in Tepic for a veterinarian symposium
July 20 -July 23 –  THURSDAY through half-day SUNDAY- Mismaloya   The hope is that there will be animals from boca, las juntas y los veranos and el tuito.   Pre Escolar Gabriela Mistral, Calle 5 de Mayo – frente a la iglesia – at the school in front of the church
DESIGNATED LINE WITH RECORDING ADVISING LOCATION AND DIRECTIONS – ONLY IN SPANISH –
(322) 113 3955

PETS FOR LIFE  SPECIAL  ONE-DAY CLINICS ARE HELD ON THE ISLA CUALE THE FIRST SUNDAY OF EVERY MONTH.   CLINICS OPEN FOR REGISTRATION AT 7 AM.
PETS FOR LIFE, A MEXICAN S.C. (BUSINESS),  IS PAID 4,500 PESOS FOR THE STERILIZATION OF 30 ANIMALS.  IF NUMBERS ARE GREATER,  INDIVIDUALS OR ANIMAL RESCUE ORGANIZATIONS MAKE UP THE DIFFERENCE.

For each cat or dog over the number 30,  sponsors of the Sunday clinics will be charged 150 pesos.  To sponsor a Sunday clinic, please contact: [email protected]
January 8, 2017 – October 2017 –  ANONYMOUS DONOR HAS PROVIDED FUNDING (SPAY/NEUTER FOR 30 CATS AND DOGS) TO PEACEANIMALS  FOR 10 SUNDAY CLINICS ON THE ISLA CUALE.  (As SPCAPV paid for 100% of the April clinic, the anonymous donor´s donation for 10 clinics of 30 animals each will include November).
LOCATIONS NEEDED FOR CLINICS.  REQUIRED:  WATER, ELECTRICITY, BATHROOM AND PARKING AVAILABILITY.
NOTE:  PEACEAnimals, per our agreement with independent contractors, Pets for Life, is obliged to pay extra for driving time and gasoline for areas outside Puerto Vallarta.  We ask that private or government groups pay those extra expenses.
PEACEAnimals does not buy advertising or pay for posters, flyers, megaphone announcers or locations.  All monies raised go directly to actual costs of the clinics.  Dr. Poli, as director of PEACEAnimals, a Mexican AC  (non-profit) and Pets for Life, a Mexican SC (business), selects clinic locations.
All pet registration forms with signatures of owners or rescuers are submitted by Dr. Poli to the local department of health, with copies to PEACEAnimals.
.
Clinic schedule, including directions and other clinic information are always on website:  www.peaceanimals.org,  on this blog and on the PEACEAnimals FaceBook page.
LUNCH DONATIONS NEEDED FOR VET TEAM.

PEACEAnimals has a lunch budget of 70 pesos per vet team member (four persons) per day –  4 days a week.
Please consider donating lunches for them, and please advise so we can create a lunch schedule. By having lunches donated, these savings can used for purchases of clinic supplies.
WE NEED VOLUNTEERS AT THE CLINICS.  We are almost always short on volunteers.  Please contact Caratachea via FB or [email protected] – or just drop by and spend as much or as little time as you like or are able.

http://www.peaceanimals.org/volunteer_1/volunteer_duties
http://www.peaceanimals.org/espa_ol/protocolo_para_voluntarios
WE NEED DONATIONS OF USED AND NEW KENNELS FOR CATS AND DOGS OF ALL SIZES. WE WOULD ALSO LIKE TO BE ABLE TO GIVE USED OR NEW COLLARS AND LEASHES TO DOG OWNERS WHO BRING THEIR PETS TO THE CLINICS.
If directions needed, please call our dedicated line (directions are only in Spanish) or refer to our website or this blog:   113 3955
COST FOR ONE SURGERY WEEK CLINIC IS APPROXIMATELY $1,800 USD.
PLEASE CONSIDER MAKING A DONATION VIA CHECK, CREDIT CARD, PAYPAL, BEQUEST OR STOCK TRANSFER.  Note:  Stocks are transferred at full value without the donating stock owner being taxed.
PEACEAnimals is under the umbrella of Banderas Bay Charities, Inc.,  a US 501 (c)(3) charity located in Portland, Oregon.
Please make payments payable to either BBC INC or Banderas Bay Charities, Inc.  Donations are tax deductible and should be earmarked for PEACEAnimals. 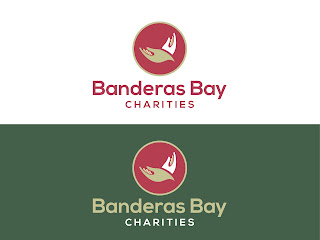 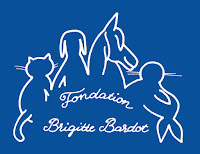 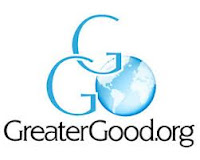 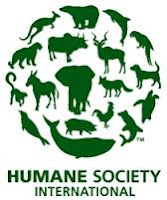 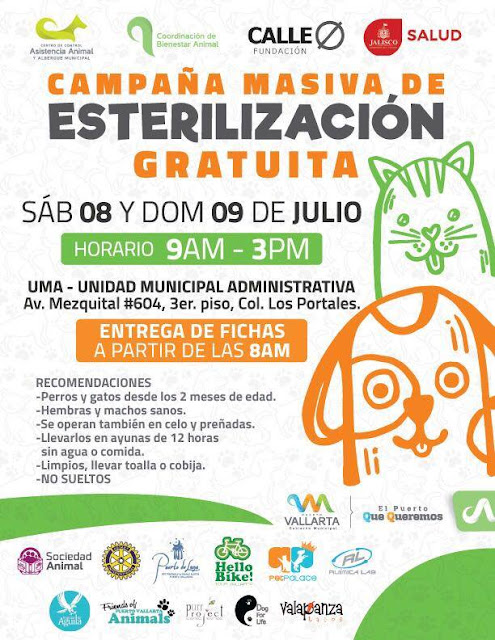 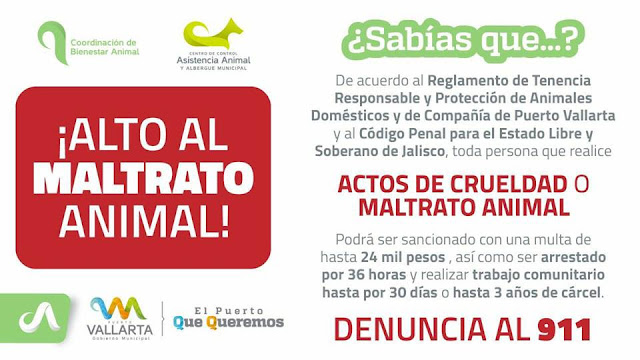 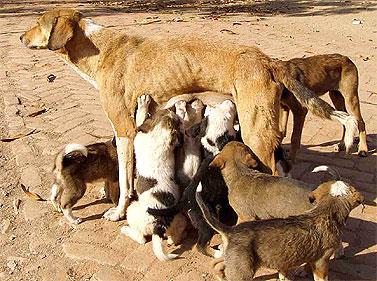