WHAT ARE THE SONGS THE WHALES SING? 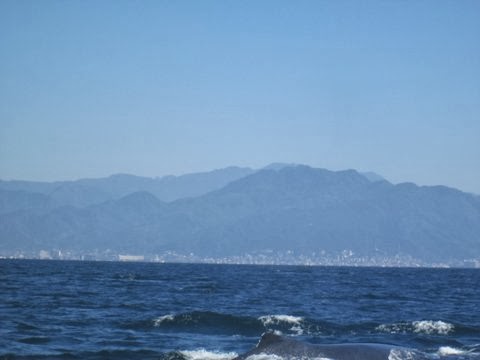 In the distance, we could see the very large, white flukes of a humpback whale rise out of the dark blue water and then crash down on the surface, causing an huge spray of white.  We were in an EcoTours Zodiac about 60 meters from a female humpback whale and her two-week old calf.  Several minutes later, the male joined the mother and baby.  The three of them curved up and down in the water, their white pectoral fins looking pale green just below the surface. 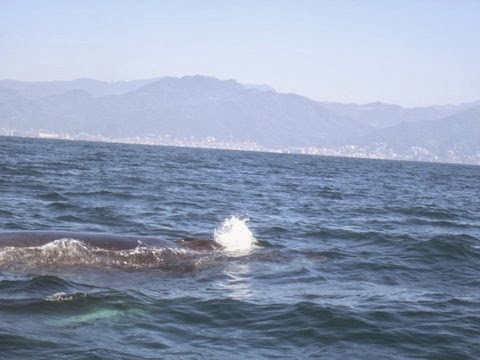 After watching the mama and baby and the new escort, we sped off to another location in the bay where whales were reported as having been seen.  And though we didn´t see more whales, we heard them singing  and whooping far below us via a hydrophone dropped into the water.  And what do the songs say that whales sing? 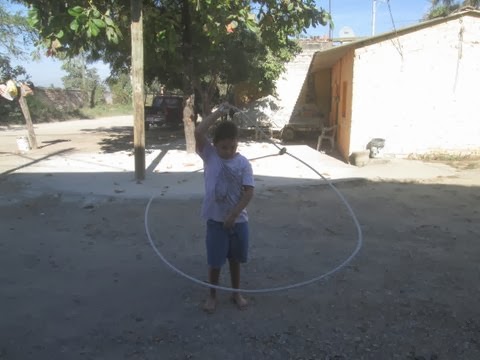 The eight-year old boy walked across the dusty, narrow road in Ixtapa pulling a small female German Shepherd mix on a lasso.  His parents weren´t home so he didn´t want to have her spayed without their permission. He unloosed the dog, who immediately  skittered back into the cement house.  Francisco started twirling his lasso rodeo-style in the shade.  He said his name was Francisco and that his parents were both working, but his grandmother would be arriving soon.  I asked if he would help me find some dogs or cats for sterilization and off we went.  Many of the pets we saw had already sterilized by PEACE and there were promises to come to the clinic the next day.  I only had 60 centavos in my pants pocket and gave it to Francisco, thanking him for his help.   His smiling grandmother was standing in front of the open door when we arrived back at Francisco´s humble home.  Without saying anything, Francisco handed her the sixty centavos.  The grandmother was holding a plump, blue-eyed, golden-haired baby.  I asked if the baby´s parents were fair.  She said no, that the look was something the Spanish could take credit for.   After his grandmother signed the permission sheet, Francisco lassoed his dog and we walked across the street to the clinic, where he chose a donated used collar and leash for his timid dog.
STERILIZATIONS IN IXTAPA February 12-15:
Male dogs – 8; Female dogs – 28; Male cats:  14;  Female cats – 14

TOTAL:  64  PLUS  pregnancies terminated for 2 cats with 4 fetuses each and 1 cat with 3 fetuses.

Although this municipality on the road to San Sebastian was papered with 400 flyers, it was a low turn-out.  Although numbers are seldom below 90,  tt is always disappointing to the clinic team when their anticipated goal of 90-100 cats and dogs is not reached.  It will be some time before the clinic returns to Ixtapa.
DONATIONS IN CASH BOX:  930 pesos – to be used for supplies

Thank you to Kai Doyle, who lives part-time in El Tuito, for organizing a group of people who asked friends and family to help fund a clinic there.   $3,185 USD has been raised to date, which pays for two clinics in el Tuito this year.

If you know of a town or neighborhood that needs a free spay/neuter clinic, please consider organizing a fundraising group.
$5,000 USD – The Marchig Animal Welfare Trust (Scotland)

PEACEANIMALS SCHEDULE:
19-22 February – Colonia Villas del Real aka Colonia del Conejo
Hidalgo #981 entre (between)Dinamarca y Polonia
This is not too far from Pitillal´s main plaza, on the way to the dump in Magisterio, by a development called Hipódromo.

March 4-7  NOTE… THIS WILL BE A TUESDAY, WEDNESDAY, THURSDAY AND HALF-DAY FRIDAY    Puerto Vallarta- location to be confirmed.

March 8 and 9 – Tepic –  a “mega-express clinic,” with the expectation that 150 homeless female dogs will be sterilized. (Pets for Life clinic) 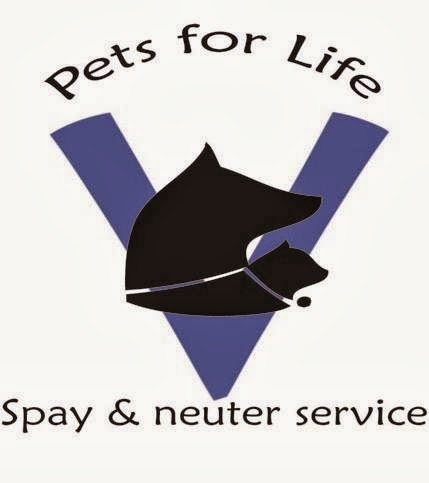 SOS:  A pretty, two-year old female dog that has lived all her life under cars in the parking lot of the regional hospital was spotted by Jorge Ceballos.

Jorge,   who rescues dozens of dogs and finds good  homes for all of them,  took her to Dr. Peña for examination  and tests.  Kira is suffering from TVT (transmissible venereal tumor), the sexually transmitted disease that is widespread in Mexico. Kira has tumors on her genitals and a small tumor on one of her eyes.

She has had one session of chemotherapy, which was paid for by the SPCAPV.   Each session costs 200 pesos, which is very affordable compared to the U.S. and Canada. I delivered 200 pesos from John Brooks´ donation for Kira´s second session. Dr. Peña plans are for two or three sessions and if the tumors are reduced, treatment will be continued.  If not, Kira will be euthanized.  In the meantime, she is being lovingly cared for by Jorge in his home. Please help with donations for her medical treatments and special diet.  Funds can be taken to Dr. Peña –  Mascotas – Melchor Ocampo 109 – a block south of Plaza Caracól – 335-0319

Dogs and cats have no way of practicing safe sex or birth control.  It is up to humans to help them.   Kira is an innocent victim.  She was born to suffer, as are thousands of cats and dogs here in the area of Puerto Vallarta.

Another SOS was sent out earlier this week by Friends of PV Animals advising that there were only two days left of food for the 25 cats and 40 dogs at the Acopio.  The Centro de Acopio was built several years ago for the express purpose of killing stray cats and dogs.  The government´s only legal requirement regarding the feeding of collected and turned-in animals was to give a two week supply of pet food for the entire year.  Under the new administration, the Acopio acts as a humane shelter rather than a pound.    If you care to donate:  www.friendsofpvanimals.com/donate.

SOME OF THE ANIMALS FOR ADOPTION AT THE ACOPIO:

NEED RESCUING:  Thousands of cats and dogs living on the streets and  dozens of cats and dogs at the Acopio, the no-kill pound.  The Centro de Acopio is open Monday-Saturday from 8 AM-2 PM. Telephone number is 293-3690.  For shelters, and they are all full, please check PEACEAnimals website.  Website also contains information on recommended vets, adoptions, etc.

www.peaceanimals.org
TRAVELING COMPANIONS TO EDMONTON, CALGARY AND  VANCOUVER, CANADA NEEDED FOR RESCUE DOGS.  ALL ANIMAL EXPENSES PAID FOR.  ALL YOU HAVE TO DO IS  SHOW UP AT THE AIRPORT.  PLEASE CONTACT ME.
RE CANADIAN DONATIONS:  NOBARS, a Canadian-based dog rescue organization, is able to process donations to PEACEAnimals without taking a commission.   Canadian donations to our clinics are tax deductible. Please contact: [email protected]
PEACEAnimals clinics open at 9 AM Wednesday, Thursday, Friday and Saturday, which is half-day only. Arrive early.  No food or water after midnight before surgery day.  Animals must be at least 8 weeks old.  They will be treated for parasites,

fleas, ticks and mange, if it is present.  Pregnancies terminated on request.  Euthanasia performed if animal critically ill or injured.  All services are free.

VOLUNTEERS:  PLEASE SIGN UP WITH PAULINA STETTNER.
This way, we can balance the schedule so there aren´t too many or too few volunteers on any given day. [email protected]
Schedule, inc. directions and other miscellaneous information are always on website:  www.peaceanimals.org
PEACEANIMALS HAS TAX-DEDUCTIBLE STATUS IN THE U.S., CANADA AND MEXICO.  FOR DETAILS, PLEASE VISIT OUR WEBSITE.  www.peaceanimals.org
COST FOR ONE SURGERY WEEK CLINIC IS $1,500 USD.
Thank you for your interest and support.
Gretchen
www.peaceanimals.org
https://www.facebook.com/PeaceAnimals?fref=ts
www.gretchen-peace-and-pv.blogspot.com