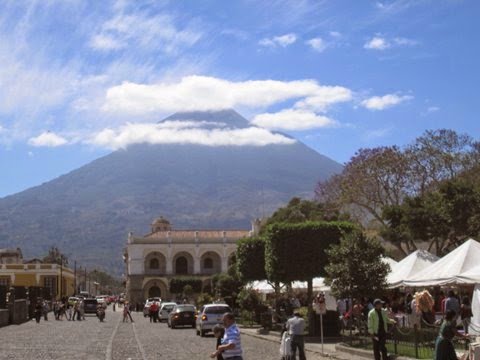 Antigua, an extraordinarily beautiful colonial city, is an hour-and-a half drive from gorgeous lake Atitlán.  We arrived to grey skies due to of the very recent eruption of “Fuego.  The ash, which was described to us as resembling a light snowfall covering Antigua, had mostly been swept away. The next morning, skies were clear and blue and we were glad for the sunshine. 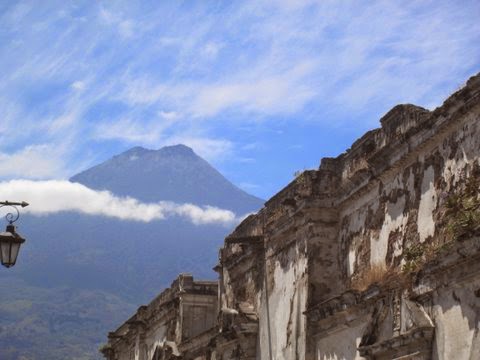 Three volcanoes, “Agua,” “Acatenango” and “Fuego” overlook Antigua, a former capital of Guatemala.  Indigenous labor was marshaled by the Spaniards in the 17th and 18th centuries to build grand churches, hospitals, schools and monasteries. 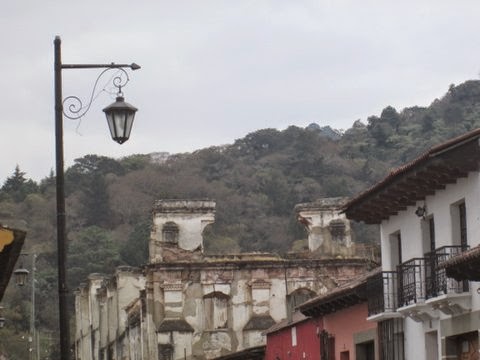 A devastating earthquake in 1773 destroyed much of the beautiful architecture, necessitating the relocation of the capital a year later to Guatemala City.  Almost two centuries later,  as a result of intense lobbying by Antiguans, President Jorge Ubico declared Antigua a national monument in 1944. 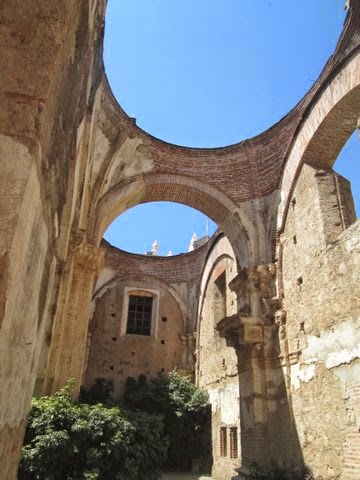 Following the declaration, intense restoration projects were begun in an attempt to restore the city to its former splendor.  Another major earthquake in 1979 killed thousands of people and destroyed much of the restoration work of Antigua.  That same year, Unesco designated Antigua a World Heritage site. 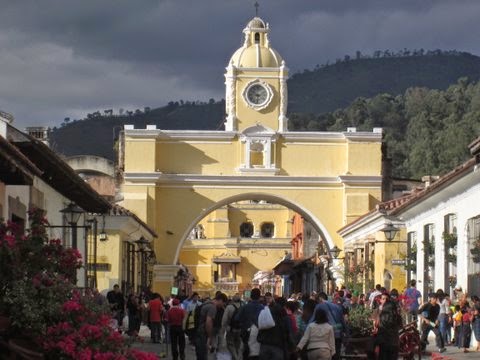 We stayed in a charming, small hotel with a fountain in the center of a rose-filled courtyard and a breathtaking view of the top of a volcano.

A green parrot across from our bedroom that called out “dame la patita.”  (“give me your little paw”). 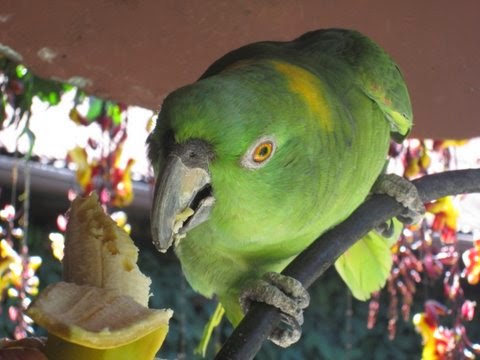 Across the street is a fantastic sweetshop attended by women in 19th century-looking French maid outfits consisting of black dresses and starched white, frilly aprons and caps.  Guatemalan chocolate is great.  My favorite is the 70% cacao, bits of orange rind added and sweetened with honey – no sugar. 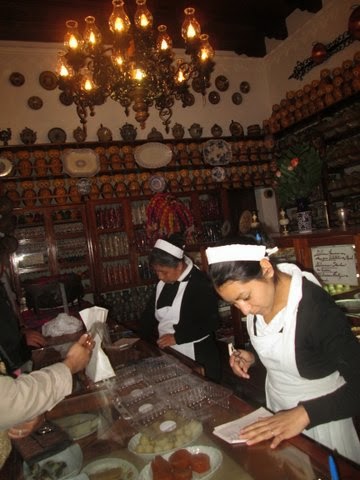 Restaurants are beautiful and the food is excellent – Italian, French, Mexican, Guatemalan, etc.  Shops are filled with 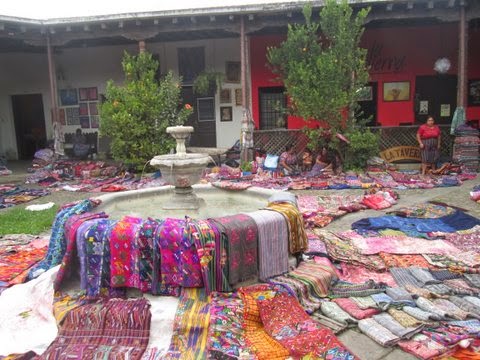 wonderfully colored Guatemalan embroidered clothing and accessories and there is a new arcade-style artisan mercado and an old and much smaller one in front of the ruins of a church. 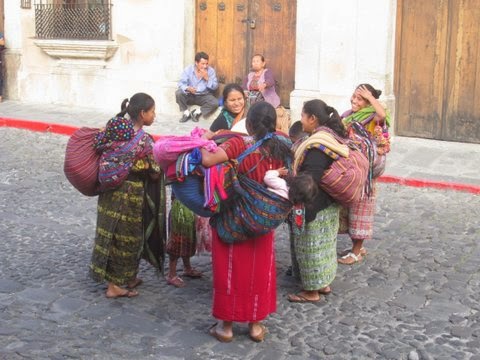 My favorite time spent was driving an hour-and-a-half southeast to the base of the still-active volcano of “Pacaya” (2,552 meters) and then riding horseback almost to the top of it.  Our guide presented us with sticks and marshmallows so we could roast them in a steamy opening in the lava flow.  Not far from us was “Fuego,” still spouting plumes of ash.

##########################################################
In Puerto Vallarta on Wednesday, we spent five overcast, warm hours on Banderas Bay on Louis Drake´s completely outfitted fishing boat, the “Babalu.”  We were not out to fish, but to see whales.  We saw more than half-a-dozen.   Their arching, curving bodies slid gracefully up and down in the calm water with blasts of humid breath as they surfaced very close to the boat.  A cow and her young calf stayed most of the time on the surface, while the bulls were hidden below.   Louis´ hydrophone picked up their songs from as far away as three miles- and told us that it is only males who sing.

Whale season officially is over at the end of March, but some linger as late as May.

POISONINGS: The unpleasant older woman with the dyed purple-red hair stood on her terrace looking down 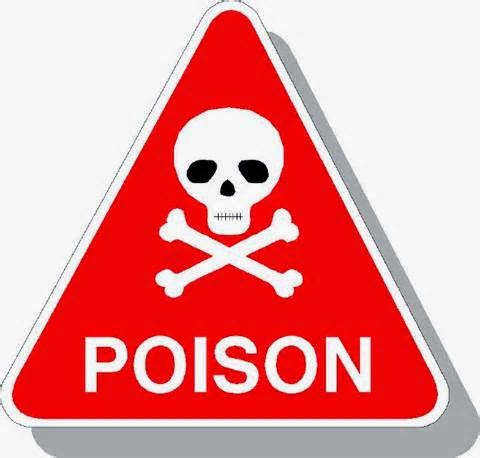 at the six cats I was feeding in a green area two blocks from my home in Centro.  Her middle-age male friend or relative shouted at me in Spanish that he was “going to do something about this because there were too many cats fighting at night.”   The six cats, three females and three males, had all been sterilized at PEACEAnimals clinics.

They were all young, pretty and very friendly and affectionate and they clearly had owners before being discarded. One of the males had had an eye torn out in a cat fight,  so I took him to Dr. Tamayo to have the socket sewn up in order to avoid infection. When I returned from two weeks in Guatemala, Anna Laurita, DavannaYoga owner/instructor, who subs cat feeding for me, said she hadn´t seen the grey and white two male cats while I was away.  She hoped someone had adopted them.  I didn´t think so.  A neighbor confirmed days later that he had found the one-eye cat´s body and reported the incident to Proteción Civil, who came to investigate.  A large amount of foam in his mouth indicated death by poisoning.   Presumably his male cat friend had also died someplace nearby. They were very sweet cats and died a horrific death.

There are thousands of homeless cats and dogs living in Puerto Vallarta.  Rescues and adoptions treat the symptoms of a disease.  The disease that needs to be treated is non-sterilization of cats and dogs.  Too many animals are born to suffer.

I am concerned for two of the four surviving cats – a male tabby and a long-haired black female – that live near the green area in an abandoned house.  The other two females, “Flower” and “Shadow” have lived outside near the cement fountain for years and seem less at risk.  If you would like to adopt either or both of the cats living in the abandoned house, I will be happy to deliver them.  They would both make great companions.

STERILIZATIONS AT PETS FOR LIFE CLINIC IN LA CRUZ: March 4-8 – Numbers not reported.
This clinic was extended one day as there were so many animals and because the Funny Bones fundraiser paid for 3.5 clinics in La Cruz.

Adriana Riestra, head of Friends of Puerto Vallarta Animals (support group for the Centro de Acopio) said that she had met a nice man in Mezcales who owns 40 cats and 8 dogs – all unsterilized.  Arrangements were made for him to get some of these pets to la Cruz clinic, and two attempts made to get them, but without success.  Hopefully this will take his animals to the clinic next week in Mezcales.  The refusal to sterilize all these animals is reckless and the consequences will be disastrous.

DONATIONS AT PETS FOR LIFE CLINIC IN LA CRUZ:  Sylvia Harder provided lunches for the team on March 6th.

Pets for Life, consisting of Dr. Poli, Dr. Anthony and vet tech, Paulina Stettner,  is a registered Servicio Civil (SC).   PEACEAnimals hires these independent contractors for our free, mobile spay/neuter clinics.  PfL is free to find employment when they are not working a minimum of 30 surgery weeks for PA.

DONATIONS TO PEACEANIMALS:  Chris Bradley e-mailed  after seeing an editorial on PEACEAnimals in a local paper.  She had broken her ankle and there were leftover medical supplies of gauze, bandages, tape, etc. 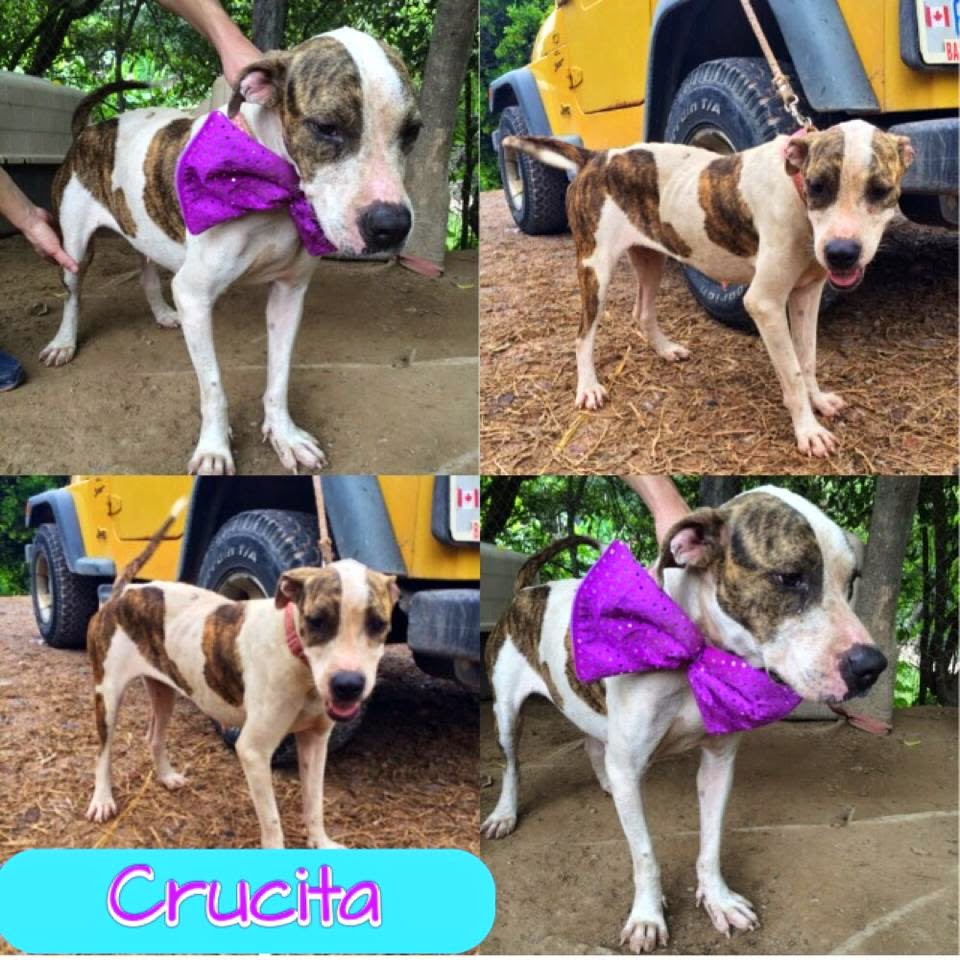 RESCUED AND ADOPTED FROM THE ACOPIO:  “Carlota,” the mini-Boxer; the unnamed Basset Hound; “Toro; “Keisha” and “Crucita”

NEW DESIGNATED LINE WITH ADDRESS AND DIRECTIONS FOR WEEKLY CLINIC (SPANISH ONLY)  044 322 113 3955
HOMES NEEDED:  For the thousands of dogs and cats on the streets here, for hundreds of cats and dogs in refuges and in foster homes,  and for dozens of healthy and beautiful dogs and cats at the Centro de Acopio, the city´s pound.
“QUIKO” –  at the Centro de Acopio. Please watch this very short video to see a wonderful dog and what he and a trainer have accomplished at the pound.  Quiko needs a great home.  https://www.facebook.com/gretchen.dewitt/posts/10152701057053133?notif_t=like
Please check our website on the “resource” tab for names and contacts of refuges, vets, etc.
Dogs at the Centro de Acopio are only walked twice a week by volunteers organized by Friends of Puerto Vallarta Animals.

NEW:  Friends of PV Animals, which accepts donations and purchases supplies and medicines for the Acopio,  is in the process of securing its AC (“Asociación Civil).  PEACE can now include this support organization for the Centro de Acopio under its umbrella, thereby offering tax deductions for donations.

SOS  “Biblios,” who has been at the Acopio for a long time, has a permanent home waiting for her in Canada.  She must first be in foster care for 4-6 weeks or cannot go.  Please help her.  Vet expenses and food will be paid for.  Contact Friends of Puerto Vallarta Animals via FB.

SMILEAMAZON– When ordering on Amazon, if you click on the following link you can designate PEACEAnimals as a recipient of Amazon´s donation of  0.5% of some of your purchases.  http://smile.amazon.com/ch/20-3726038
SCHEDULE/HORARIO
NOTE:  PEACEAnimals, per our agreement with independent contractors, Pets for Life, is obliged to pay extra for driving time and gasoline for areas outside Puerto Vallarta.  In the case of Mezcales, locals raised the extra funds required.
March 11-14 Mezcales, Nay.  Calle Fco. Villa 206

Take the 200 towards Nayarit. Exit on the lateral BEFORE Mezcales. One block before the junction to Valle/San Vicente make a right (it is the corner before the Bancomer), which is Calle Fco. Villa, Drive one block and clinic will be on the corner.
March 18-21-Colonia los Sauces  – at the home of Sofi Gonzales –
Coming on Fco Villa from town towards Pitillal,  make a right at the light on calle Los Tules (there’ s Banamex in the corner and you will be leaving Costco behind you). At the end of the street make a left, you will be on Av Las Torres. Soon you will come to Parque Los Sauces, where you have to turn left again at the Oxxo. From there our red trailer should be visible.
March 25-28 – el Tuito – sponsored by fundraiser last year organized by Kai Doyle and other local residents.
Clinic schedule, including directions and other clinic information are always on website:  www.peaceanimals.org and on this blog:  www.gretchen-peace-and-pv.blogspot.com
LUNCH DONATIONS NEEDED FOR VET TEAM:  PEACEAnimals has a budget of 70 pesos per vet team (three persons) per day for 4 days a week for lunches.
Please consider bringing lunches for our vet team to the clinics. If you can do this, please let me know so we can create a lunch schedule. By having lunches donated, these savings can used for purchases of supplies and medicines.
WE NEED VOLUNTEERS AT THE CLINICS.    Please sign up:  [email protected]
If directions needed, please call clinic director, Paulina Stettner:  044-322-779-3585 or our new dedicated line.  Directions are only in Spanish.
COST FOR ONE SURGERY WEEK CLINIC IS APPROXIMATELY  $1,800 USD.
PLEASE CONSIDER MAKING A DONATION VIA CHECK, CREDIT CARD, PAYPAL, BEQUEST OR STOCK TRANSFER.  Note:  Stocks are transferred at full value without the donating stock owner being taxed.   Name of recipient of donations  for all donations is simply “PEACE.”
THANK YOU TO OUR SPONSORS: 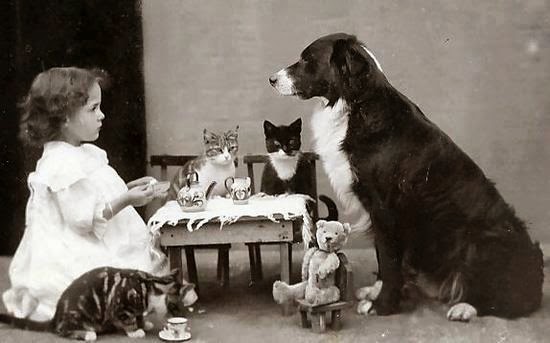