“BAIT BALL” are the words Karla de la Peña (Boca Divers) called out as we approached white terns and brown pelicans circling and plunging into the water.  We were on our almost-weekly Sunday panga excursion, hoping to see as many humpback whales as we had seen the week before.  Peering over the side of the now idling boat, we saw an enormous “ball” of thousands of swirling. silvery sardines close to the surface. The seabirds presumably returned after we left and ate them all.

An hour-and-a-half later,  we were heading northwest towards the distant spouting of two whales. At a respectful distance of at least 60 meters, our engine was idled, which was what another nearby panga was doing.  An adult whale, perhaps a male trying a attract a nearby female,  was performing multiple, acrobatic breaches, making enormous splashes as it re-entered the water. 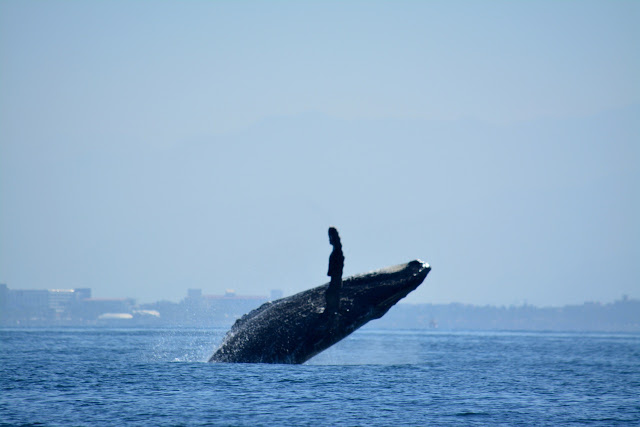 When not breaching,  the very athletic whale engaged in dorsal fin slapping, which sounds like spectacularly amplified belly flops of  humans. As the two pangas were quietly watching this thrilling scene, a tour company´s Zodiac boat sped aggressively towards the whales, only stopping 20 meters, maximum, from the cetaceans.

Sixty meters distance is required by law.  As the orange, life jacket-wearing passengers chanted, “Whale, whale, show your tail,”  the humpbacks submerged and the Zodiac sped away.  We waited.   Minutes later, the two whales emerged.  More dramatic breaching and fin slapping for almost thirty minutes.  One whale was still performing as we motored back towards Boca, passing a pod of dolphins.  They looked very small after having seen the humpbacks.

Maximum time allowed in the proximity of whales during whale watching season is 30 minutes.  The season officially ends on March 23rd.  After that date, no lingering near whales is allowed.

On land – different scenes:  Walking west on the isla Cuale, a couple dressed in eagle feathers preparing to perform a dance.  Close by on the malecón…  more costumed dancers.

In colonia Emiliano Zapata (to not buy a fat pig) to purchase a piñata – three freshly caught huachinango (red snapper) hanging on the branch of a tree. A  riendly grey, white-throated Pit Bull stood guard in a doorway.

In the hotel zone… the annual tented artisan fair with many dozens of vendors from all over Mexico… clothing… jewelry…shoes and bags..wood toys…pottery… colorful cotton tablecloths, napkins and bedspreads…make-up and mole, etc.  After spending two weeks on the green courts where the Puerto Vallarta tennis open was held last spring, the last day is Sunday, the 17th. Open 10 AM to 10:30 PM. 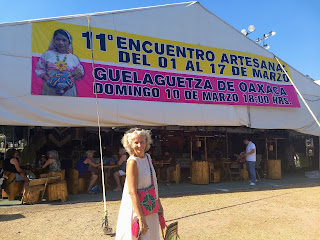 In colonia Remance to see Marta the dressmaker – the proud owner of a beautiful fighting cock was showing off his new acquisition.  Another of his fighting cocks had won the grand prize the night before and was home recovering from wounds. 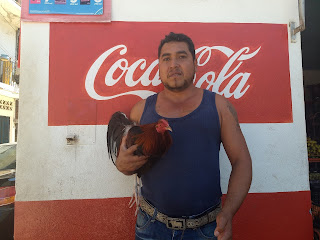 TOMATLÁN, CABO CORRIENTES –  Because it was a three-hour drive south, I did not attend this clinic.  All clinic photos taken by Leslie Caratachea, vet tech and education director.

The “surgery week”  was made more difficult because it took place in three small, poor inland towns – Tequesquite, la Cruz de Loreto and Tomatlán.  This meant packing and unpacking surgery tables, kennels and all supplies.  Leslie, our vet tech and education director, was bitten by a large dog at the clinic in Tomatlán and taken to the hospital for cleaning of wound and antibiotics.

STERILIZATIONS AT CLINIC IN TOMATLÁN MARCH 13-16

PLUS pregnancies terminated for 1 dog with 10 fetuses and 1 dog with 5 fetuses.

THIS CLINIC WAS  MADE POSSIBLE BY A GENEROUS GRANT FROM FRIENDS OF HOMELESS ANIMALS (FOHA).  www.fohari.org

Michael Turner – $50 US (monthly)
Network for Good – $16.05 US
Del Lehman and Ron Saltarski – 19 used tennis balls; 5 used dog leashes; 14 used dog collars; 1 used dog grooming comb  (I had met Ron and Del at Dee´s coffee shop last September and they kindly brought this heavy bag of supplies down with them from Palm Springs).