PALMS, DOLPHINS AND A RIVER 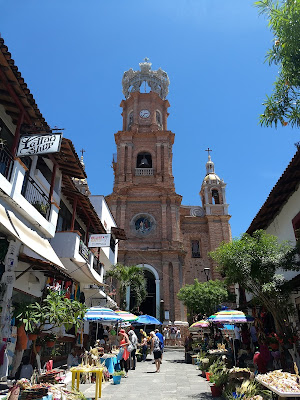 The ringing of church bells began in the early morning on Palm Sunday.  Churches were bedecked inside and out with palms, and on steps and sidewalks outside the churches, a large variety of decorative woven palms were being sold. 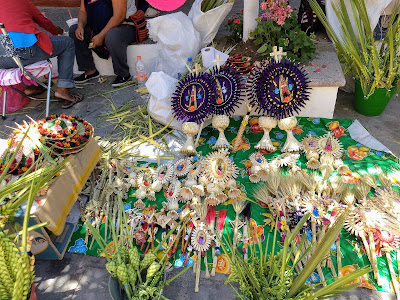 The Sunday before was our normal panga excursion from Boca de Tomatlán.

Observing a large flock of seabirds after an hour of navigating towards the Marietas islands, captain Daniel approached and idled the engine. In the water were large numbers of tiny orange shrimp.  Devouring them were terns and boobies and a mega pod of dolphins.  Curious, some of the dolphins swam next to and under the panga.  Because they continued to stay near us, we slid into the water,  where could hear their squeaks and clicks and know we were being beamed by dolphins. 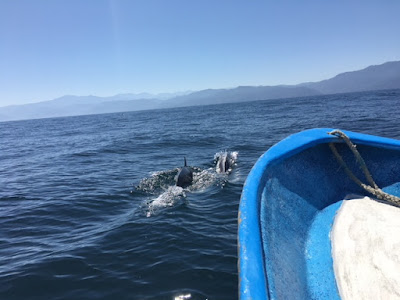 This small village has been the site this last week for a peaceful protest against plans to dam the Horcones (“Forks”) river and build a hydroelectric plant for a real estate development.  This is the beautiful river that wends its way down 6,000 feet from the Sierras, runs through the beautiful Botanical Gardens and empties into Boca.  For an excellent report written for Banderas News:  http://www.banderasnews.com/1902/nb-vallarta-rio-horcones-canyon-endangered.htm

SAN JOSÉ DEL VALLE, NAYARIT:  This is a ranch and agricultural valley with three towns named after saints.  After driving north and turning east at Mezcales, the first town is San Vicente, followed by San Jose del Valle (created from six large haciendas) and then San Juan de Abajo.  PEACEAnimals visits these areas regularly due to the enormous need for spay/neuter. 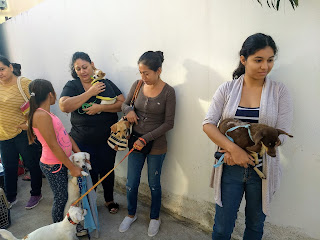 The drive from Vallarta, depending on which saint one is visiting, takes 45-60 minutes.  There was a long line of pet owners waiting with their cats and dogs when I arrived at 8 AM on Wednesday, March 27th.  The location was at the end of a very long driveway next to a private home.  A tent had been set up to provide shade.  A very pleasant, middle-age woman with long, loose black hair and dark red lipstick brought in five, two-month old abandoned kittens and four homeless cats.  She hopes to find homes for all of them, as her neighbors are poisoning cats. 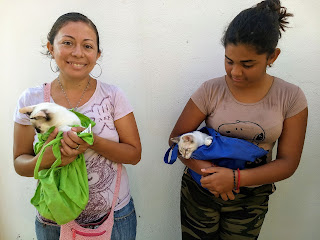 Monzón Brewing  (www.monzonbrewing.com) – 1,400 pesos (“Drops in a Bucket” program for the month of March).